A small team from MorningStar/CM Missions had planned for several months to travel to the Philippines for the anniversary celebration of CMMP(Correll Missionary Ministries Philippines) and CMBI (Correll Memorial Bible Institute.) My wife, Anna Marie, and the Dean of our Theology School, Dr. Nancy Daniel accompanied me on this trip. Little did we know the super Typhoon Haiyan would hit the same day. We had all been previously and dearly love what the Lord is doing in this ministry. I first went to the Philippines in 1998. 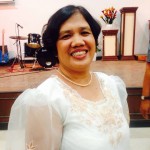 Our great friends in Laoag City, Illocos Norte, with CMMP do an amazing ministry in planting churches where there are no churches. Cohesive leaders and gifted teachers train up strong pastors and leaders in CMBI, a three year Bible School. Florie Santiago, the director, is an anointed apostolic leader. Jimmy and Buena Balmes are some of the awesome senior leaders helping oversee some of the newer churches. A tested leadership team walking out Biblical integrity and led by the Holy Spirit are proven ways to assure lasting fruit that remains.

All Flights Canceled Except Ours 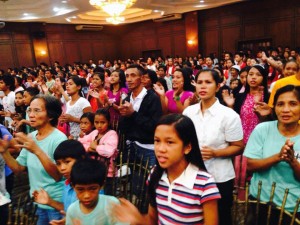 We landed in Manila the day before the big typhoon hit.  Manila was expected to be hit by a category 2, out of 10, storm. All flights of Philippines Airlines were canceled the day of the storm except ours. The airport was eerily quiet as we waited to depart. We left three hours later than scheduled and reached Laoag City the night of the storm late for the Anniversary Celebration. The Civic Center was packed with hundreds of CMMP members and guests. There was lots of young people dancing and doing drama skits.

As always we were warmly welcomed. The presence of the Lord was very strong and there was a great sense of joy and unity in the hall.  Many of these young people we have known since they were babies. We have watched many of the pastors grow from young students into seasoned pastors.

Each day we visited different churches, speaking and praying with many people. Our team was so blessed.  The hunger for the Lord and joy of the Lord welcomes the presence of the Lord in our midst in every meeting. 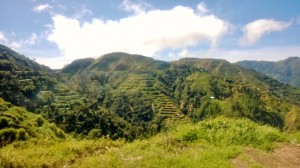 I had never been to Baguio before and really wanted to go this time. The second day there I told Pastor Florie my desire and she said that was a confirmation of what the Lord had spoken to her. It took 2 hours just to cover the last 18 miles going up steep mountain roads, passing giant fallen boulders and many rock slides to reach Cervantes.

At the first church in Cervantes the music was off key but the presence of the Lord was very strong. Each member of our team shared and released prophetic words and the hunger in these people drew the 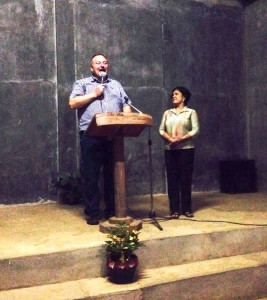 strong presence of the Lord.  I led the congregation in ‘breaking off’ idolatry, witchcraft, and evil in their community.  Anna shared about the Father’s love for them. Nancy shared that she saw a vessel of healing oil being broken over them. One of the pastors said later that during the ministry time she heard something break and felt it.  We all felt it in that place.

We had many God moments like this during our time in the Philippines. I have asked Anna and Nancy to write some of their impressions down and those will be posted shortly. 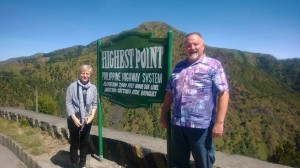 On our way to Baguio the next day we stopped at a roadside marker at the highest point in the Philippines highway system at 7,400 feet.  We stopped at the overlook and prayed for the nation and for the victims of the Typhoon.

Every day we had one on one time with our friends and young pastors to answer questions and challenge them to go higher in the Lord.  Much encouragement was given and much was received. We shared much laughter, joy, thanksgiving and peace in the Lord together.

Blessed To See The Unwanted Loved

What a blessing to meet a 14 year old boy brought to me for prayer when he was only a few months old.  He had been abandoned by his family being born out of wedlock. Local church members at first thought they heard a cat crying the woods. They took the newborn in and brought him to me for prayer in 1999. I called him a ‘Moses’ and prayed he would be know the Lord and be protected by angels and the blood of Jesus.  A few years later his Dad and Mom got married and now they are vital members in the church and the young man is faithfully serving in the youth group.  God is faithful when we pray.  Many prayed for this precious creation of our Father God and to see him now was a great blessing to us all.

Several crucial needs were shared that we ask our partners to pray about.

The Military Past Speaks of Spiritual Victory for Jesus 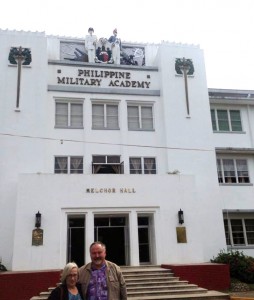 In Baguio we went to the Philippines Military Academy and tour the grounds where many of the great heroes of Filipino battles were trained. At the end of our trip back in Manila we were allowed to tour the residence of Gen. Douglas MacArthur, one of the great heroes of WW2. We felt in the spiritual realm the Lord was speaking to us about the spiritual victories in seeing this nation fulfilling its God-given destiny.  Through many battles in the past the Filipinos have overcome. Now with this record setting Typhoon it looks like hell on earth in the central part of this nation of 7,000 plus islands. These are strong and resourceful people. Pray for this nation to come out of this storm even stronger and more in love with the Lord than ever before.

Joy comes in the morning. Beauty from ashes will come to these precious people. The Lord showed me that great model cities for the Kingdom life will arise out of the turmoil and destruction.

You Can Help Too! 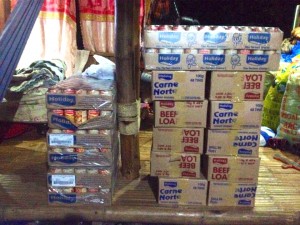 We have two awesome pastors helping on the frontlines.  Gil Pacone and Molong Nacua live in this area and are active church planters and disciplers of many people of all ages.  100% of all funds goes to them directly in their efforts. You can go to https://cmm.world and designate for the Typhoon victims or any one of the needs listed above. You can also mail in a check to CMM at PO 7705 Charlotte, NC 28241.

You can see updated photos from the Philippines and our pastors there working posted on our website and on www.facebook.com/morningstarmissions .