Report on Historic Meeting with Underground Leaders in China

The host organizer opened the covert meeting with this security status update, “Security is normal. We are under surveillance.” The security camera in the room was covered for our meeting. They told us not to take pictures and to guard our phone conversations and discussions our entire three days in the undisclosed location in mainland China.

Our dear friend, Eugene Bach, who spoke at our Missions Conference in Moravian Falls, was one of the main organizers of this meeting along with about fifty leaders of the underground churches. Eugene is the American leader of Back to Jerusalem, founded by Brother Yun (also known as The Heavenly Man).

While at this meeting, we met with ministry leaders working in North Korea and Iraq. One of our friends led a team that rescued four hundred Yazidi women raped by ISIS terrorists. The team’s commitment is based on prophetic words the Holy Spirit gave them about their assignments for the cause of Christ.

Forty guests from western nations were invited to this historic meeting with leaders from the five streams of China’s underground church. I was privileged to be invited. It was a humbling and inspiring encounter, and the presence of the Lord resided in these joyful, brave men and women, many of whom had been imprisoned for their faith and boldness. For the first time in history, leaders from the main streams of the underground church were gathered together.

We had the opportunity to pray, prophesy, and make declarations with each of them and their assistants. It was a powerful time to look into their eyes and see all they had been through. Worship and prayer were powerful as we shared the love of Jesus and the heart of the Father, led by the Holy Spirit. The anointing was as thick as honey.

These leaders represented seventy million or more believers in China. They talked about how they are surprised about days without miracles—the supernatural is expected in their normal Christian walk. For two days we heard their amazing testimonies and vision for reaching every sphere in society’s seven mountains in the world’s most populous nation.

Amidst the Conflicting Reports of Persecution and Church Growth

Three years ago, I was invited to a government registered worship school in Changsha, Hunan Province. The principal, Reverend Chen, is a former underground apostolic leader who planted over three hundred churches. Reverend Chen met with government leaders in that province and chose to become registered. The government then asked him to lead all twelve hundred and fifty registered churches in that province. He showed me blueprints of the large, $20,000,000 church the central communist government was planning to build and pay for in Changsha. The government wanted to make it the “showcase for all Christianity in China.” Our friend who teaches there reported this place that holds ten thousand is nearing completion.

The news media, including Christian media, reports of churches being torn down and believers arrested still surface. Mixed signals of what is really happening in China abound.

One pastor at this summit reported persecution in a large city in a western province. Many churches there had erected red neon crosses on their buildings and travelers reported flying into that city and seeing these red neon crosses at night.

The government tore some down and ordered the rest removed. They began threatening church activities. The church leaders prayed and received a divine strategy. They approached the government and police leaders telling them of the 250,000-300,000 children that meet every Saturday in Bible classes that would be brought to the police stations if they closed down their churches. The stunned government and police changed their minds and allowed the churches to continue meeting.

We also heard from Xhang Rongliang, the father of the underground church in China. His story is the story of Christianity in modern China. He was once a rising star in the Communist party under Mao Tse Tung, and his father was a believer and martyred for his faith. Xhang became a Christian and was imprisoned as a traitor to the atheist regime.

Xhang shared about a June meeting with other church leaders and the President of China, Xi Jin Ping. The President asked about their greatest challenges. Under current laws, pastors of registered churches have restricted jurisdiction and regulated baptisms. Leadership training requires government approval and training must be government sanctioned. More meetings will take place at a later date. Pray for the leaders of these underground churches as well as government leaders during these strategic negotiations.

First dream: Send people to every country and plant churches in every city, big or small, to impact every community.

Second dream: Plant more Bible schools and Christian training centers to replace the older generation with younger believers strong in the Word and Spirit. MSU College of Theology, in partnership with Asian Missions Theological Seminary in Taiwan, is preparing curriculum and teachers for two schools in China. Pray for our people’s work visas to be approved. We have had a shared accreditation with the government of Taiwan for three years. Before going into China we renewed our agreement with them in Taiwan for another three years.

Third dream: The church will shine like a city on a hill. Once hidden, it must now be open and a light to all. Before the Chinese church was underground and on the run, but now is it’s time to be seen. The government is seeing their good works and asking the church for help with community outreaches, such as blood drives.

Fourth dream: The church is to bring restoration from brokenness and strengthen the families and marriages. Many are coming to the churches for help.

Fifth dream: After years of misunderstanding about the church, it desires to be legal in China and seen as firm and stable to create a blessed and peaceful society.

The Pastor Can Run But The Church Cannot!

Is this the end of the underground church in China? What does this mean for the nation as a whole? Will this release a flood of revival across the nation and the earth? For the first time, these church leaders said they want to register their churches with the government. There are risks. What if the administration changes policy? Will government awareness stunt or propel growth? Will it compromise their influence?

Already over one thousand missionaries have been sent into other nations, most of them Muslim nations. They operate businesses, work jobs to influence society, and serve quietly and humbly to always give the Lord glory. Many risk their lives in dangerous places to win one more soul to Christ. I have heard many accounts of their heroic faith but can’t endanger them by publishing the location or details of their sold-out lifestyle.

There is a generational transfer from those who paid the price to those who have not gone through that same refining process. Pray that the gains earned with the suffering and persecution is not lost.

If churches were to register, the government may limit baptisms, require new leaders to be approved by the government, or attempt to seize tithes and offerings through taxation or confiscation. They may not allow believers to move about freely. However, it could also give churches more freedom to share the gospel and be a positive influence in society.

Such a convergence is happening around the world during these times of crisis, mass migration, and upheaval. Non-traditional church groups in China still hold a firm stance against allowing the government to take control. If most underground churches choose to register, persecution could increase for the minority who do not register. 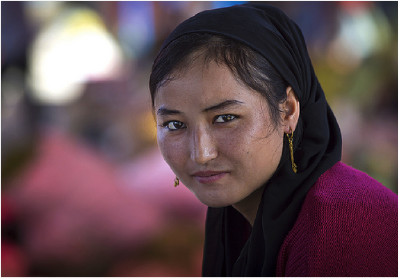 Pray for China, and as the Lord leads, consider supporting Chinese missionaries reaching the unreached. For only $65 per month, you can be part of reaching the lost with the love of Jesus Christ in China. Also, pray about supporting our Fast Track teaching efforts. For more information, visit Fast Track Project