Seeing With Eyes Of Faith

By In Missions, Missions Articles
January 24, 2018

2017 was a challenging yet exciting year for Eagle Missions. Thousands were saved and new churches were planted almost weekly, and we continue to share resources from Rick Joyner and MorningStar with hundreds of key leaders in many nations. We are so thankful for our Partners, volunteers, and intercessors who work valiantly to build and strengthen deep relationships in our global community. 2018 is the year for taking even more risks by faith and seeing with His eyes.

MSU College of Theology: A School of Reformation

Our MSU College of Theology is becoming known as a School for Reformation, and many transformed lives have been launched from MSU COT in over forty nations. We have satellite schools in Canada, Cuba, Ecuador, Italy, Nigeria, and South Africa. In the school’s eleven years of existence, over five hundred students have graduated, and over two hundred students are currently enrolled. Many go on to the next year of their Christian Accredited Degrees, which includes Associates, Bachelors, Masters 1 & 2, Doctoral, and PHDs degree options.

In Cuba, over one hundred twenty new students will be starting the next term. Leaders of our schools in Cuba have seen over two hundred fifty thousand salvations. Their goal in 2018 is one quarter million salvations in one year.

Many people, and even mature pastors from the U.S. and abroad, are discovering afresh the Living Word. Ours is not a “dry as toast” Bible school; we take students from the head to the heart. We are igniting and enabling learners to grow in their critical thinking and be fueled by the Holy Spirit so that they know why they believe what they believe. Our goal is to equip many to prepare the bride as new wineskins. It is challenging, it is personal, and it is powerful.

Over five hundred people and many churches internationally were blessed by our weekly Prophetic Skype Team ministry calls and training in the prophetic. We received great testimonies of breakthrough from those who received prophetic ministry, and over two hundred volunteers serve in the Missions Department. These volunteers logged over six thousand volunteer hours serving in the office, as intercessors, or on prophetic teams.

In January, I met with over five hundred underground leaders from China in Thailand and led a conference for pastors and leaders who oversee more than 2,100 churches.

We saw a positive reduction of the number of victims of human trafficking in Nepal and Myanmar this past January. Staff member Richard Grangaard attended a Stop Human Trafficking event in Nepal and spoke at a graduation ceremony hosted by Mother’s Against Trafficking (MAT). Rich witnessed many testimonies of youth saved from being trafficked through the MAT program. This program was based on the Born2Fly curriculum developed by our Eagle Missions member, Diana Scimone.

In March, we hosted a missions conference in Moravian Falls. The speakers were Eugene Bach from the Chinese underground churches who leads Back To Jerusalem, David Hogan of Mexico, Bobby Conner, Pastor David White of the Gathering Place Church in Moravian Falls, and myself. Many attendees said it was the most powerful conference they had ever attended.

Later in March, a team of eight MFM members went to the Dominican Republic for a Prophetic Roundtable that included influencers from the church, arts, business, and government. The team prophesied over presidential family members and several ambassadors of that nation.

In April, I spoke at a Leaders’ Conference in Papua, New Guinea and was able to prophesy several times to the Speaker of Parliament. I ministered at Soul Harvest Fellowship, the first indigenous ministry with governmental influence in Papua, New Guinea, started by Eagle Missions Missionary, Kaima Sumai. My message on the largest radio station in PNG was broadcast to an estimated 2 million homes.

In May, MSU College of Theology held its 10th annual Graduation Ceremony honoring forty-six graduates in Fort Mill, SC, with Rick Joyner as the main speaker. That same month, our team, which included eight MFM members, also went to Italy. Pastors and leaders from across Italy attended the third annual Italian Prophetic Round table with many of the top charismatic/evangelical leaders in that country. Powerful revelation and unity made this a life-changing event and the best so far. The team then traveled from to Lugano, Switzerland to visit an Eagle Missions missionary and theology student and to conduct prophetic training sessions in that area.

In June, we went to Cuba and visited many churches and network members across the nation. We attended the first Cuban MSU College of Theology Graduation (called Honoring the Father) ceremony where thirty-one students received degrees.

In July, a class of MSU College of Theology Masters 1 students went with Dean Nancy Daniel and myself to Myanmar, formerly called Burma. The team conducted two evangelistic prophetic conferences in the cities of Yangon and Tarchliek.  We work there with young apostolic leaders and continue to conduct a monthly follow-up of online prophetic training with the leaders in Myanmar.

In September, Anna and I visited Europe to meet with missionaries in Switzerland and Greece. We met with one of our missionaries from Syria who helps feed over 35,000 refugees twice a day. Our friends established four centers in Syria to help refugees. Eagle Missions’ contributions of prayer, finances, and continued support have greatly helped this frontlines ministry bring the Father’s love to the Syrian people.

In October, Rich Grangaard and Meshelle Cox hosted ministry partner Diana Scimone and her “Born2Fly Seminar: A Train the Trainer” night on Facebook Live. The seminar’s focus was stopping human trafficking and reaching youth through the Born2Fly curriculum to help them avoid the traps of human traffickers.

In October, The Heavenly Man, Brother Yun, met with Rick Joyner, Dave Yarnes, Robin McMillan, and myself and then spoke to the Fort Mill Church, CSCL, and the Missions Department. His message was moving and released a fresh fire for evangelism and pray for those living in persecuted nations.

At the end of the month, Osmani, our missionary from Cuba, visited Morningstar with his wife, Haidee. During their visit we held training sessions for the Cuba MSU College of Theology. Eagle Missions sent $15,000 to Cuba for hurricane relief and to bless our network of churches there. We also sent $5,000 in hurricane relief funds to our network members in the Dominican Republic.

In November, a team of eight went to India where we held seven conferences in ten days, including conferences for five hundred leaders with seven thousand five hundred churches in their network. We held several large crusades, and our prophetic ministry released words of knowledge that led to many miracles and healings. We received multiple testimonies of life-changing miracles from people touched by God. We also visited orphanages and ministered to the children. We delivered many micro SD cards with MorningStar resources, as well as Bibles in five languages to be used in rural tribal areas for people to read and hear the Bible in their native tongue.

We have several important needs this month. To learn more, visit https://cmm.world/urgent-needs/ and sign up for our free online newsletter. Send prayer requests and inquiries to missionsbase@gmail.com. Learn more about the MSU College of Theology at www.msutheology.org. 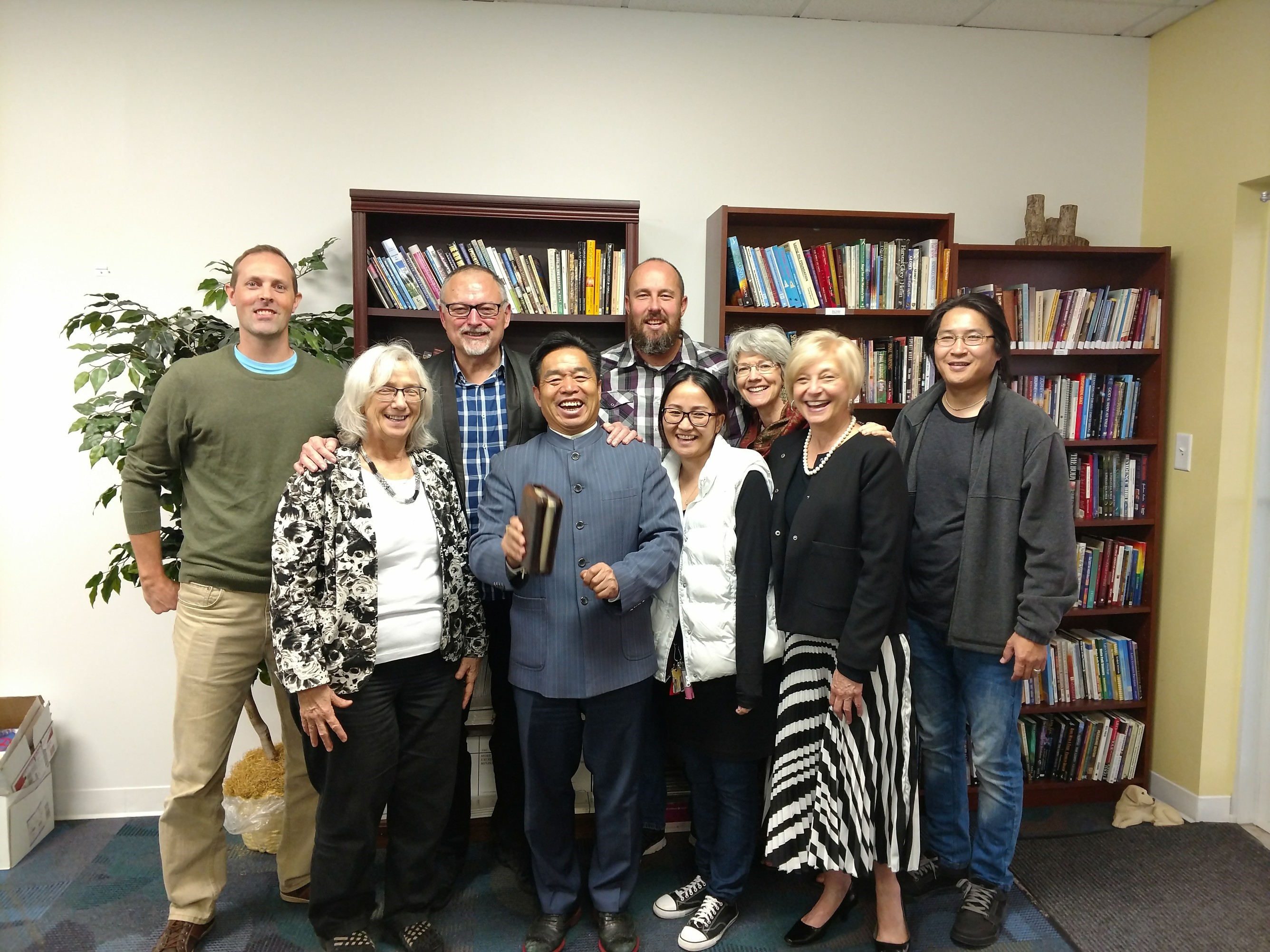