This President Is Not Ashamed Of The Gospel

By Jorge Parrott  (All Scriptures from NKJV)

The highway to heaven we read about in Isaiah 40 started long ago and is still being built. By faith we each can have a part in this generational assignment. This highway is built upon the pillars of truth and righteousness. As we step out in faith and grow in our hunger for the Lord, He always shows up to meet us in the faith realm. While lawlessness, evil, and crises spreading across the earth, we are compelled to pursue God’s ways and truths. As we surrender our lives to the soon coming King, then our glory shines brighter and brighter.

As we see our own nation turning her back on the Lord, we are reminded of Jesus’ own words regarding sheep and goat nations. We are seeing the Dominican Republic awakening to its destiny as a sheep nation. We were asked to meet with the President, and I felt led to ask him to make a righteous stand for the Lord.

We read in Matthew 25:31, “When the Son of Man comes in His glory, and all the holy angels with Him, then He will sit on the throne of His glory. All the nations will be gathered before Him, and He will separate them one from another, as a shepherd divides his sheep from the goats.”

Proverbs 14:34 says, “Righteousness exalts a nation, but sin is a reproach to any people.”

One of our MSU College of Theology graduates, Hipolito Pena, has been used by the Lord to reach the highest elected official in his nation. Hipolito is now in his fourth year of our school earning his Doctoral Degree this year. His teacher is Sandra Quesada, the Hispanic Ministry Overseer, and she has sown much into Hipolito while teaching and ministering to him online, by email, and via Skype calls. Hipolito is a gifted fashion designer and business owner with one hundred fifty employees. His reputation is known worldwide and well-known politicians and celebrities wear his designs. Hipolito has faithfully sought the Lord and he is bearing much fruit, maturing a lot in the last few years.

It is noteworthy that their flag has a three-word motto: “God, nation, and freedom.” The coat of arms on the flag includes the cross, the Bible, arrows, and an olive branch. We conducted a Prophetic Roundtable with key leaders from various churches and some government officials and candidates. It was a powerful time and many words were given and many were encouraged and heard confirmations of what the Lord is doing in their nation.

The Lord has blessed us in many nations with amazing friends and many open doors. We have been asked to pray for and minister to many in government and businesses over the years, and we see these doors opening up more and more.  Bob Jones prophesied over me about five years ago that the Lord would open the doors to many heads of state and leaders in authority around the world. The Lord spoke to me four years ago that there was no place on earth that I did not have access to as I obeyed Him and moved by the Holy Spirit. The Lord is using many of His people to obey with boldness and faith in these times. Hipolito is an amazing man following the Lord with sharp focus and doing great exploits for the King.

Seeking The Lord’s Heart For This Nation

In preparation for this trip to the Domincan Republic, I had been asking the Lord for a “now” word to share with the President. When we had our meeting with the President I asked him to prayerfully consider making a public proclamation declaring that “Jesus is Lord over the Dominican Republic.” The President is a godly man, a good listener, and very humble. He listened to my request and said he would make the proclamation at a meeting of Latin American nations being held in late January in Ecuador. President Medina was recently elected the leader of the association of thirty-three nations.

Hipolito is working with the President to distribute seven million Bibles to the nation of ten million people. Pray for continued favor and turning to the Lord in this beautiful nation only 1,300 miles from Charlotte, N.C. Pray for the protection of the President as one of his friends was murdered two weeks before our visit due to his faith. We were really blessed to spend some time with the President who was very hungry to hear from the Lord as we prophesied over him and his nation. We were asked to pray and lay hands on the President. Some very specific and strategic words along with encouragement were given to President Medina. 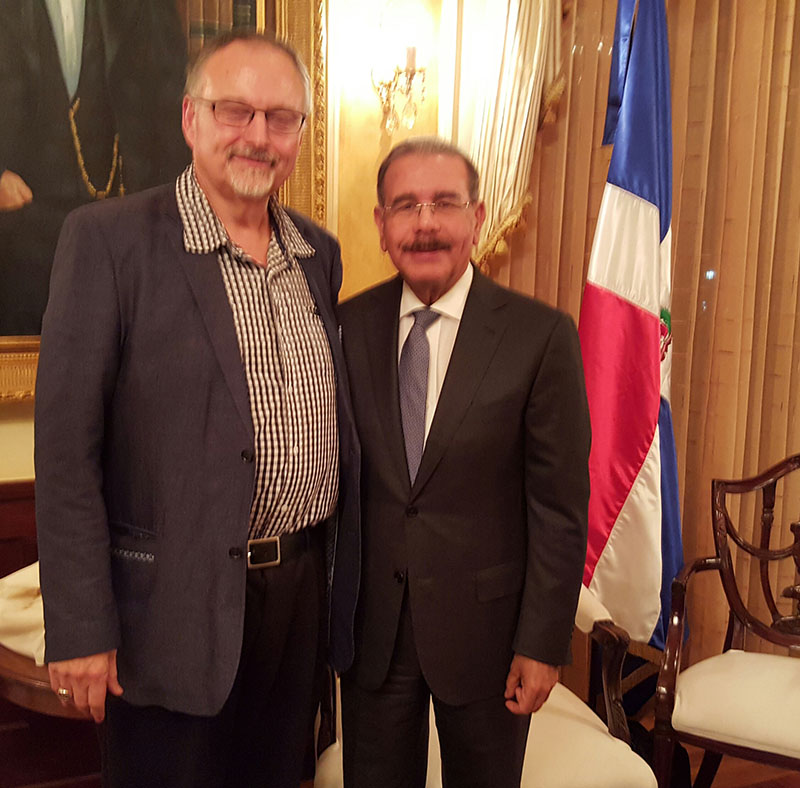 After our Prophetic Roundtable and meeting with the President, we then met with some of our missionaries and pastors connected with us there in the Dominican Republic.

Jim and Renee Larson and their family have lived in the DR for eleven years and are actively involved in evangelism, deep discipleship, and equipping national pastors and leaders. They have been part of Missions, MFM, and have been MS Partners for a long time.

The 50+ Blessing Generation, under John Boneck’s leadership will be taking a team to the DR to work with the Larsons this November. They recently opened a second branch in Santo Domingo in addition to their long-term base in the northern part of the nation.

Javier and Jacqueline Javier were introduced to us by our first missionary there, Veronica Freites, about fourteen years ago. Veronica has faithfully served there for fifteen years. She continues to bear much fruit. We were sorry we could not meet up with Veronica on this trip as she was busy in ministry. Many Shine women’s teams have gone to visit her over the years, and MorningStar raised funds and sent a building team about five years ago to build a new church near Bani, reaching out to many unchurched people in a rural village. Veronica also works with training midwives and has gained access to many hospitals and clinics to share the gospel and educate expectant mothers with natural childbirth.

Javier and Jacqueline took over the inner city church planted by Veronica and have done a stellar job shepherding the members. Now their church has over one hundred members. Eight years ago, after three miscarriages, they asked Anna Marie and I to pray they could have a child. We prayed and laid hands on them, and within six weeks were pregnant with beautiful Javierlita, now eight years old.  What a joy to see the Lord answer prayers.

They were unable to have more children and once again and asked us to pray on a later visit. God answered prayer again shortly after our second prayer for a second child as they were soon pregnant. Their youngest daughter is now three years old. “ For assuredly, I say to you, whoever says to this mountain, ‘Be removed and be cast into the sea,’ and does not doubt in his heart, but believes that those things he says will be done, he will have whatever he says. Therefore I say to you, whatever things you ask when you pray, believe that you receive them, and you will have them” (Mark 11:23-24). 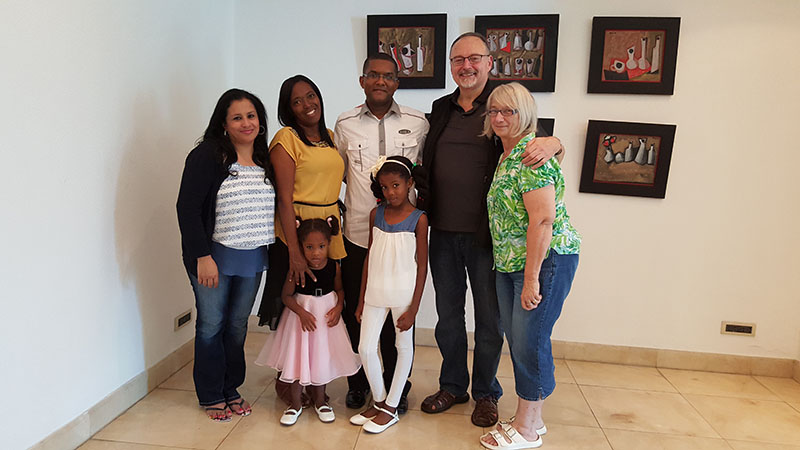 We pray 2016 is your best year ever. I heard the Lord saying, “This is the year of awakening to My hope and reality in My people at MorningStar to have My heart for the nations.”

We invite you to send in your prayer requests for our intercessors to missionsbase@gmail.com