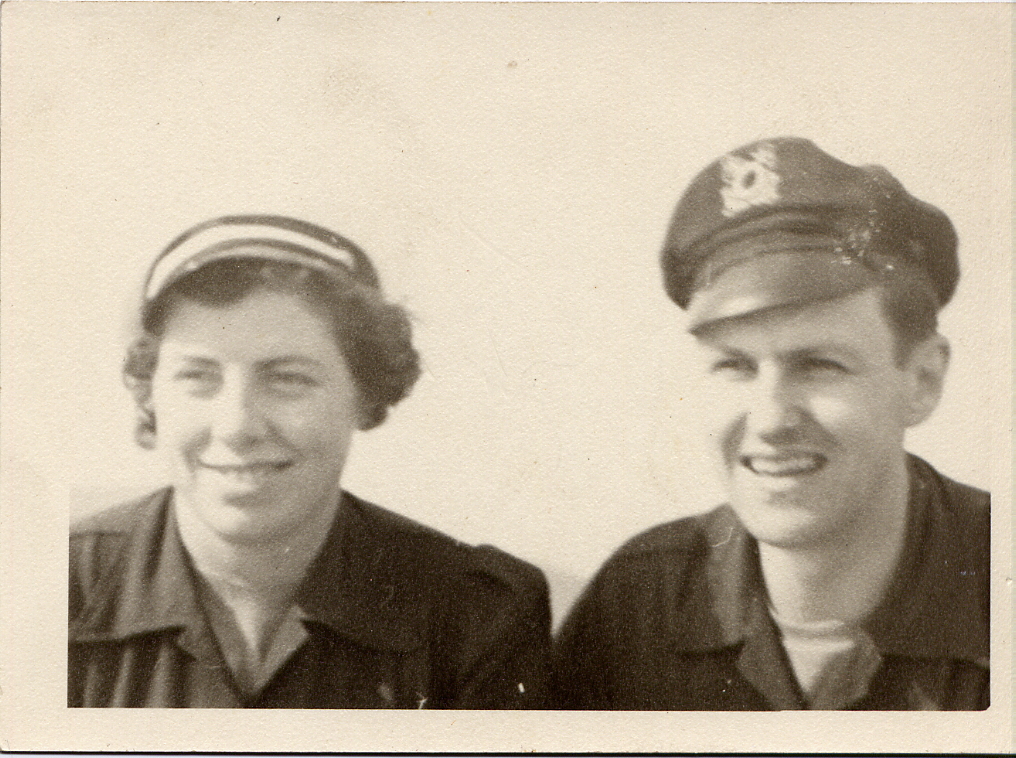 Dr Sidney and Helen Correll, founders of CMM. Sidney and Helen went to Life Bible College and Angeles Temple studying under Aimee Semple McPherson, graduating in 1925. Sidney went Home in 1991 and Helen in 2004

This amazing account by Dr. Correll is such an encouragement to us all. Here we have an ordinary man with an extraordinary call, and he said yes to that call.

CMM has deep and fiery roots and CMM continues on, in faith. The signs and wonders that we are seeing in many fields [India, Guatemala, the Philippines and more], are just a beginning, a foreshadowing, of what God wants to do. What can God do with a life totally dedicated to Him? What can God do with your life? When we are fully surrendered and submitted when we just say “Yes! Lord, here am I, send me!” If not you, who will go? If not now, when?

The major force of my life to preach Christ to the WHOLE WORLD came almost instantly with my conversion and for those first ten years of our young ministry, we were constantly taking missionary offerings and appealing for workers for the foreign fields. I wrote a small book called “Bloody Hands” to challenge folks to their responsibility, and by 1935 in Kenosha, Wisconsin, we had already seen many candidates answer the MISSIONARY CALL.

In January of 1935, we received the invitation to GO AROUND THE WORLD. At that time I was 27. Myron Sackett raised the fare of $600.00. Reba Crawford provided a movie camera (which led to my first missionary film) and my journey began as Helen and I took the train to Seattle, Washington, where I was to depart on a Japanese ship. Joy and sorrow filled my heart at the same time. I was bursting with the excitement of the adventure, but sad because of another parting with Helen. We had hoped to the last that funds would be forthcoming and she could go also. But, once again our consecration was put to the test as we stood in the mist and fog and kissed goodbye with tears flowing. I boarded the Hyia Mar and we waved “goodbye”. As I stood on the bow of the ship and looked out into the night, I was not only filled with excitement but as I faced the vast Pacific I felt the Challenge of all of Asia reaching out to me. Just to think, after all these years of “talking” I was to see the WHOLE WORLD and find out FIRST HAND what had burned so fiercely in my heart.

After two weeks at sea where I spent hours digging into the book of Matthew and praying, I was suddenly plunged among the “masses of people” of Japan. The very first night I stood in the packed streets and watched the people go by, listening to the clip-clop of the oriental shores. Emotionally, I was stunned, for as I would look into each face I saw someone to win for Christ. These were the people for whom Christ died.

I took a small dirty steamer to the north of China. My destination was Tian Fu, located at the foot of the great sacred mountain of Tai Shan.

In the “thirties”, there sprang up a number of indigenous Christian movements in China. They were separated from the main line Protestant churches and Missionaries. They were characterized by severe Christian discipline, much prayer, and above all, a LOVE for each other and GOD’S WORD. There were miracles and powerful Charismatic (in the true sense of the word) demonstrations among them. They cast out devils and feared NO MAN, and later NOT EVEN THE COMMUNISTS. The “Jesus Family,” the name of the group, in the Shang Dong Province, traveled to Tian Fu for meetings.

By this time I had been a preacher and evangelist for ten years and had a deep relationship with my Lord. I had not felt I had a case of “ego”. Then I

was invited to SPEAK at this conference. The meeting hall was jammed, every square foot. The doors were closed because of the cold, and there was a strong acid body odor. I sat on the platform ready to preach and for the FIRST TIME had an interpreter. But something was not quite right. The oriental singing was low and the people’s faces were solemn. Their eyes were penetrating my very being and I felt uneasy. At last, I was introduced and stood behind the pulpit. It is not easy to write what happened next. I have told this incident only a few times, and as I sit here in my study in Charlotte and think back forty-three years, I tremble. I remember as I stood there before that congregation, I WAS STRUCK DUMB! Before this, I was eager to get going, but I could not speak. Not a sound came from my lips. I began to tremble and suddenly an awful feeling of sinfulness came over me. I wanted to weep. Still “dumb”, I left the platform and waded through the people to escape. A rickety stairway led to an upper room.

Once inside, I prostrated myself on the floor and wondered what God had let me live. When I was converted, I had no terrible crimes to repent of but I confessed my sins and ask for forgiveness. Perhaps my greatest sin might have been self-righteousness. At that time I felt the guilt of sin BUT THIS WAS DIFFERENT. Lying there on my face, I felt as though I was bearing the sins of the world and that they were too heavy for me. I saw the awfulness of sin that had nailed my Christ to the cross…SINS THAT THE WHOLE WORLD AND I WERE GUILTY OF. I saw Calvary and the price HE paid. I have no idea how long I agonized in prayer, it could have been several hours, for it was an all-day meeting that was being held. Then gently, a hand was laid on my head and a soothing voice of a Chinese pastor, speaking fluent English, said to me, “Now the people are ready to hear you”.

He led me downstairs to the pulpit. The people’s faces were beautiful, smiling and nodding approval. Then, very low and slow, the words came as I described the crucifixion. How Christ died FOR MY SIN. At the close, I asked if anyone wanted to be cleansed NOW? A distinguished looking well-dressed Chinese man stood to his feet. He staggered forward, looking like he too would like to escape. All the time in the room, there was an eerie low murmur of prayer. I stood, powerfully overwhelmed, as I prayed for the man. Suddenly his tongue was loosed. I did not know what he was saying, but they told me he was praying in Chinese and pleading for forgiveness of his sin. He had a radiant conversion.

I was with these people approximately ten days. Every contact was one of deep fellowship. This is my own personal experience with this amazing movement of which so little is known.

About then years ago, when I was in Hong Kong, I searched for information about these “Jesus Family” people. From those in Red China that I could contact, the word was, like the FIRST Disciples of Christ, they all died a martyr’s death.