Written by Rich Grangard after recently visiting South East Asia with a team from CMM.

Our team had a brief stop near Bangkok to minister in a church that has a vision to become a training and sending center for many ministers to go all over Thailand. It seemed almost everything we shared and people we prayed over hit the mark, but perhaps that was just a sign of how hungry the people were! After a word of knowledge about a painful right ankle, one of the guys there raised his hand – after prayer he was completely healed! He testified that he’d had problems with his ankle for one year, and gave thanks to God for His goodness.

The girl in the photo, along with three of her siblings, lost both parents and their grandma was incapable of taking care of her four grandchildren. They barely had any food to eat, and the tiny shelter they lived in leaked water. Pastor Soly and his wife currently have 36 Cambodian kids in their care whose lives would look entirely different had this precious couple not stepped in to love and provide for them.

We spent time teaching the kids about the dangers of trafficking by using a curriculum we are providing and translating into several languages for the purpose of shutting down the supply side of trafficking. We made an amazing connection with SEAPC, an organization which trains teachers and works in all the schools in one of the provinces in Cambodia. If all goes well, they will have access to ALL the schools in the entire country, and they are very keen for us to help them provide anti-trafficking training to teachers and kids alike.

During a one-day pastors’ conference at Soly’s facility, we spoke and ministered to 50-60 pastors from the region. Many of them have very little resources yet they have a desire to know God more and be a blessing to their mainly Buddhist neighbors. We challenged them that their God is One who meets all their needs and is able to make them into givers and not only people who receive.

One of the men there had followed a pastor on his motor bike to come to the meeting, but was not a believer. He had not slept for three days and was extremely tired, but when he came to the meeting the tiredness left and he became completely alert. As we prayed for people, I laid hands on his eyes and the man supernaturally saw the color purple and realized God was real. Although we had no idea who he was and what was going on, he got up and testified in front of all of us that he now was ready to get to know Jesus! 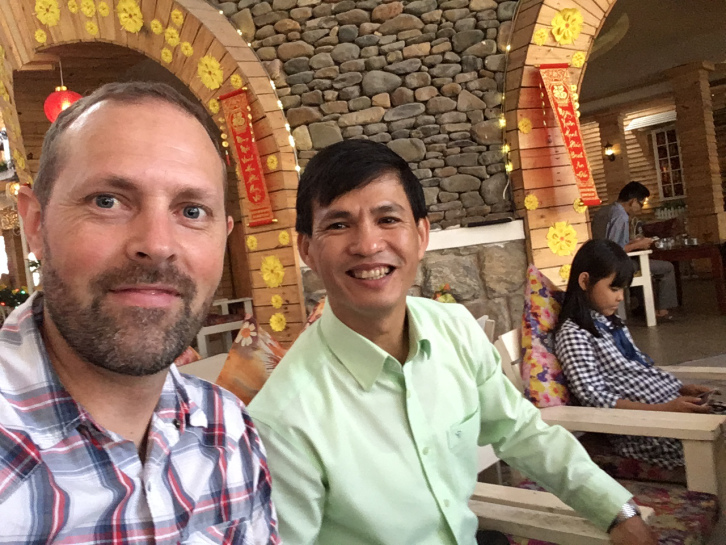 Joshua is a pastor, pioneer and innovator. Last year, he hosted the very first public worship festival in Vietnam’s history — 1,000 people attended from various denominations and 2 million people were reached through social media. In May this year, Joshua is planning for the second of its kind. We pray with our Vietnamese brothers and sisters for spiritual breakthrough and for the Holy Spirit to touch people’s lives. Here’s the Facebook link: https://www.facebook.com/cmf.vn/ 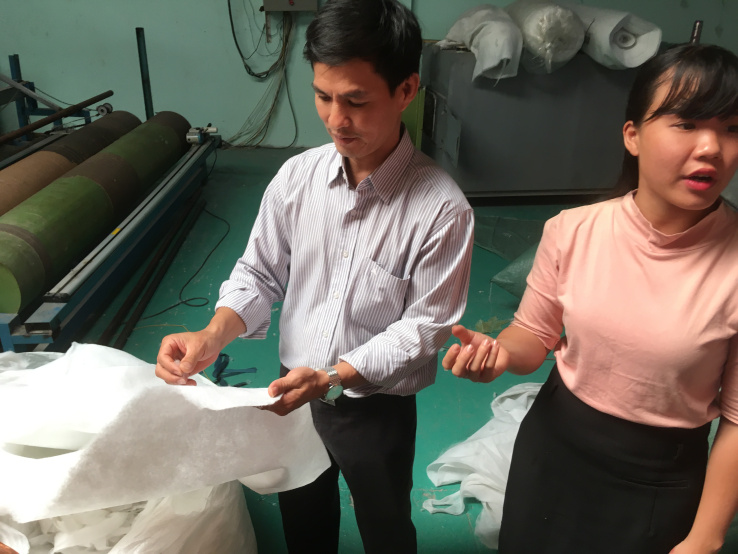 Joshua has also developed a business franchise exporting bedding products with God’s help. With no prior knowledge of this type of business, he has reinvented machinery to become the first factory in Vietnam to use electricity instead of fuel, and he uses all recycled materials in his products. In the process, God has brought Joshua and his family from poverty to wealth, and their church and ministry has flourished.

We experienced the wonderful presence of God in our times of worship together with our Vietnamese friends. During our two-day conference at pastor Joshua’s church, we taught and did individual prophetic ministry for many of the attendees.
One couple we ministered to told us later that during three days of prayer and fasting, they felt to change their air tickets in order to come to this conference. They had previously received two prophetic words about life direction that were identical, but were asking the Lord for the third and final confirmation. As we shared words from the Lord with them, they were amazed to hear for the third time God’s confirmation – Now they are ready to set up a prayer and worship base in Vietnam! Another lady shared how God had spoken to her through our time together, and she declared she will now go to Taiwan to plant a church!

We were really encouraged to hear stories and testimonies coming from the local Thai believers. The pastor and congregation are increasingly experiencing healings, miracles and deliverance in their ministry, and they have been instrumental in bringing the gospel to unreached villages nearby. They are also breaking into business and creative ideas to produce wealth and help the poor, which is so encouraging in a setting where often the spiritual and secular become divided.

The first Sunday morning service we spent with these lovely people, we gave a word of knowledge about people having pain in their left shoulder. After prayer, the Lord healed seven people! One lady later came and asked for prayer for both her shoulders. I asked her how her left shoulder felt, and as she moved it she realized it had become well. After praying for her right shoulder, she lit up and said the pain had gone there too! Others were set free from fear and other issues holding them back from experience fullness in the Lord.

The Thais were very hungry for God, and showed up in numbers for services and a prophetic seminar we held. Many were touched by the Lord through individual prophetic ministry, but what encouraged us most was how God used the locals to minister to one another after we had trained them! We are expectant for more. Thailand and Japan are the two least reached nations on earth, but we believe this is about to change. 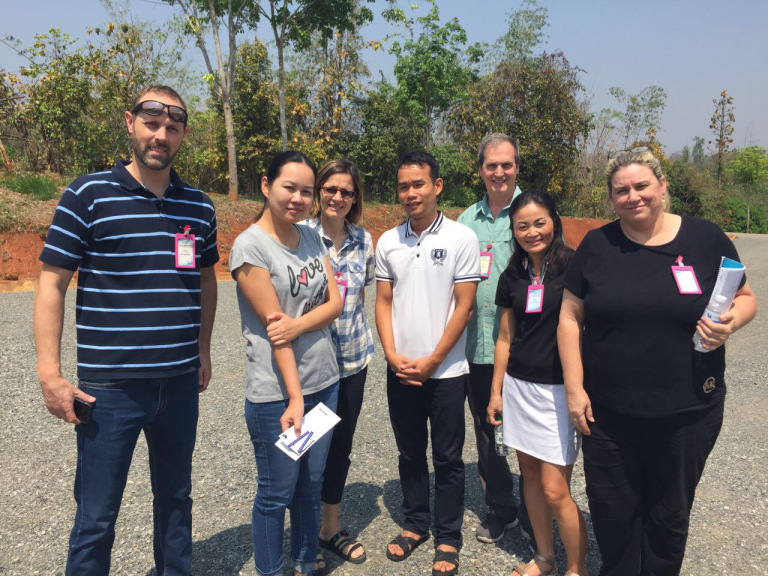 Our team had the privilege of meeting with leaders from two anti-trafficking ministries to build relationship and find out how we can partner together in the fight. Zoe International leaders (picture) are doing an amazing job finding and restoring boys and girls caught in the sex trafficking industry, and are also teaching prevention in the villages. They felt our visit was an answer to prayer, and we look forward to all God wants to do through us as we begin to work together to reach kids before the traffickers do.

We are blessed to be a blessing, and are expectant of how the Lord will continue to strengthen and sharpen partnerships with native ministries in these nations and more. By providing trafficking prevention materials to organizations in the region, as well as strategizing together with the ministries we have gotten to know, we believe there is much fruit to come in the harvest in South East Asia.